We have the pleasure of representing this stage play, which is also so much more! This original production addresses the impact of mental health – especially postpartum depression – on individuals, families and communities.The compelling and engaging stage play is a tool to educate, foster dialogue and point to resources . . . as well as entertain. 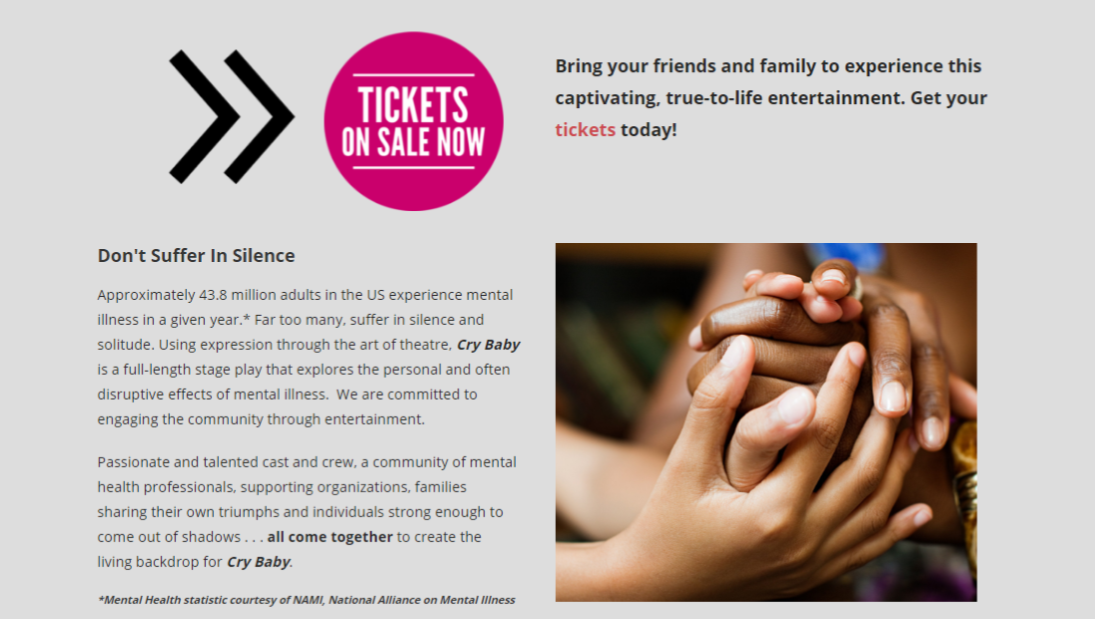 Writer, Joyce “J.A.” Smith has penned several dynamic pieces in her over 15 years of experience including poetry, skits, short stories, films, a novel, and several plays. The depth and realness of her works have afforded her entrance into New York’s MidTown International Festival, the DC Black Theater Festival and the Atlanta Black Theatre Festival.

Master class trained Director Jacqueline Rudison brings the story to light on the stage. Alexius Rayford, who owns Trinitie Productions and is well versed in independent shows, is acting producer. Rayford also acts in the play. CryBaby‘s writer, producer and director have combined decades of experience for this project.

The intent is to use engaging entertainment as a way to encourage conversation, point to resources and create a sense of community support for anyone who may be effected by a mental health issue. This play invites us all to make noise, as opposed to suffering in silence. While the topics are serious there is something for everyone who attends the play by way of entertainment. Drama, humor and everything in between are used to evoke emotion. 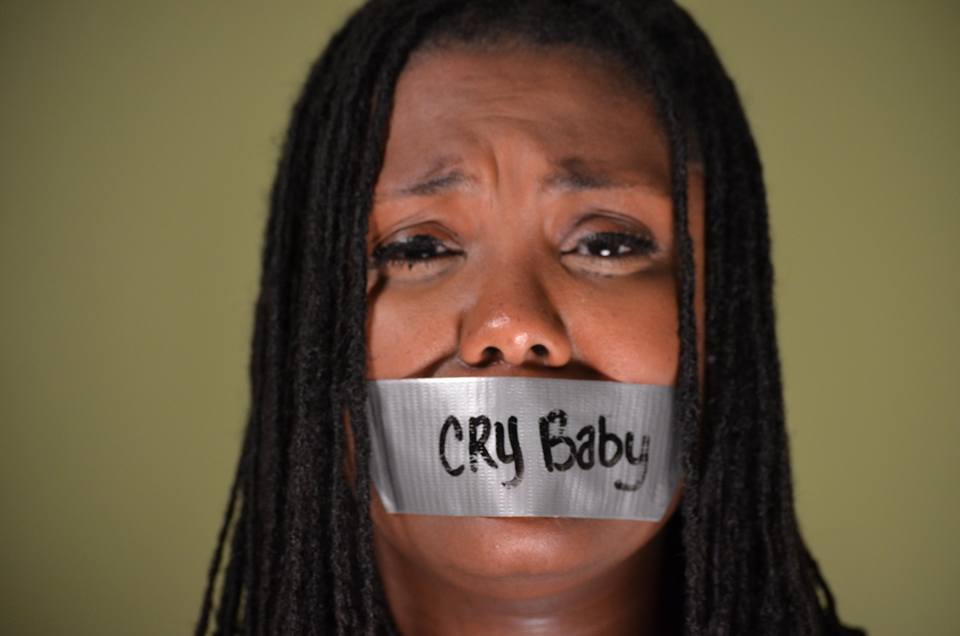 CryBaby is partnering with non-profits, mental health experts and advocates, support groups and community leaders to create momentum and content geared at mental health awareness within the community.

CryBaby will be performed in early May – the month in which both Mental Health Awareness Month and Postpartum Depression Awareness Month are observed. The Houston area is invited to attend the play on Saturday, May 6th at Encore Theatre. There are showtimes at both 2:00pm and 5:00pm. Tickets are available now, here.

For more information about supporting or partnering with CryBaby – The Play contact us at SEIZE worthy, today!

You're reason enough for us to celebrate everyday!

Here's to you, and these current promotions.